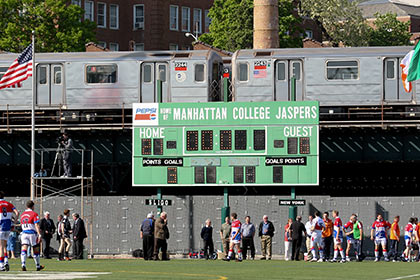 Hearty and Moran have played for New York in the recent past while Stones managed the Westmeath team that contested the junior championship final this season.

Patrick Curtis from Meath has been chosen as trainer.

New York will host Mayo in the 2014 Connacht SFC next May. Tweet