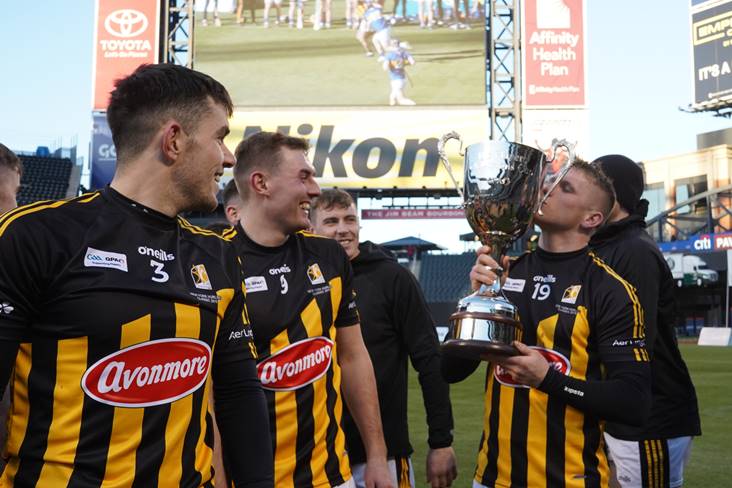 The Cats qualified for the final courtesy of a 50-point success over Tipperary in the modified ‘Super 11s’ game and they subsequently enjoyed a 64-40 final win over the Treaty County.

In front of an attendance of approximately 11,000, Paddy O’Loughlin got Limerick off to a good start with the first goal of the contest but scores from Ger Aylward, Liam Blanchfield and Michael Cody saw Brian Cody’s side take control.

Billy Ryan and Alan Murphy (two penalties) got in on the goal scoring act and they led by 12 points at the halfway stage.

Second-half goals from Ryan (3), Murphy (2) and Luke Scanlon ensured the Leinster men remained in the driving seat up until the final whistle.

Murphy top scored for the winners with 24 points while Ryan finished with 18 to his name.

At the opposite end of the field, Pat Ryan clocked up 16 points for John Kiely’s charges.