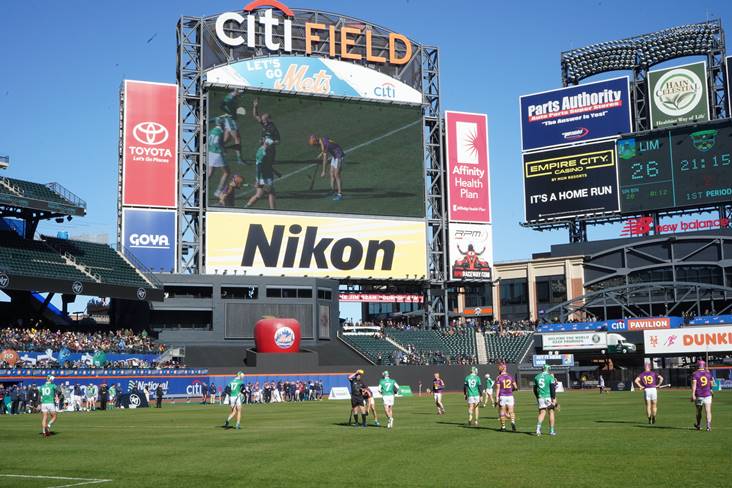 Action from the 2019 Citi Field Hurling Classic between Limerick and Wexford. ©INPHO/Emily Harney.

Holders Limerick were 52-20 winners over Wexford, while Kilkenny routed Tipperary 86-36 in a repeat of the All-Ireland final.

In the first game of the 'Super 11s' competition, Limerick held a 16-point lead at the break thanks to scores from Paddy O'Loughlin, Aaron Costello, Pat Ryan, Barry Hennessy (penalty) and Conor Boylan. A six-pointer from Seamus Flanagan and a four-pointer from Darragh O'Donovan after the restart ended the game as a contest.

Kilkenny gained a measure of revenge for their All-Ireland defeat with a 50-point hammering of Tipperary. Billy Ryan, Alan Murphy and Walter Walsh were on target as the Cats established a 14-point half-time lead.

The second half was a one-sided affair which was decorated by fine scores from Ger Alylward, Billy Ryan and Walter Walsh for Brian Cody's men.

GAA on TV: a blast from the not so distant past