Fifteen county senior finals down for decision on Sunday 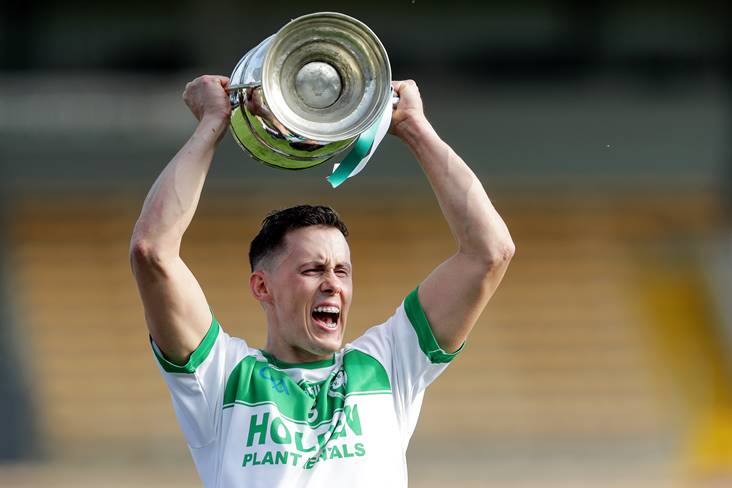 Will Ballyhale be celebrating a fourth successive Kilkenny SHC title this weekend?

Sunday will be one of the busiest days of the GAA year, with a total of fifteen county finals - eleven in football and four in hurling - down for decision across the country.

In Ulster, Naomh Conaill, Kilcoo and Slaughtneil will be attempting to make it a three-in-a-row of county football titles as Truagh aim for an historic first Monaghan SFC crown against close rivals and holders Scotstown. The Meath SFC final sees St Peter's, Dunboyne up against Wolfe Tones for the first time, while Naas look to bridge a 31-year gap when they face Sarsfields in the Kildare SFC showpiece. Extraordinarily, Gowna and Mullinalaghta from the one parish on the border of Cavan and Longford will contest finals at the same time in different counties and provinces. Elsewhere, Kilmurry-Ibrickane, Naomh Mairtin and Baltinglass will put their SFC titles on the line in Clare, Louth and Wicklow, respectively.

The most high-profile of the hurling finals is the clash of reigning All-Ireland champions Ballyhale Shamrocks and O'Loughlin Gaels in the Kilkenny decider at UPMC Nowlan Park. O'Loughlin Gaels defeated Ballyhale when the sides last met in the final in 2016 but the Shamrocks are now gunning to complete a four-in-a-row of Tom Walsh Cups. In neighbouring Laois, the SHC final pits champions Clough-Ballacolla against Borris-Kilcotton once again, while Castletown-Geoghegan and Raharney do battle in the Westmeath equivalent. The Athletic Grounds will stage the latest installment of the Armagh SHC final between neighbours Keady Lamh Dhearg and Middletown Na Fianna. Cavan and Tyrone will also crown their county hurling champions this weekend.

As well as that, there are a number of massive semi-finals taking place, including Saturday evening's mouthwatering Dublin SFC semi-final double-bill at Parnell Park involving Lucan Sarsfields versus St Jude's and Ballyboden St Enda's versus Kilmacud Crokes. Both of these games will be televised live on RTE2.

The highly-anticipated Kilkenny SHC final and Naomh Conaill's Donegal SFC showdown with St Eunan's, who are chasing a unique senior football and hurling double, will be shown live by TG4 on Sunday.

Here are the fixtures to keep an eye on this weekend: