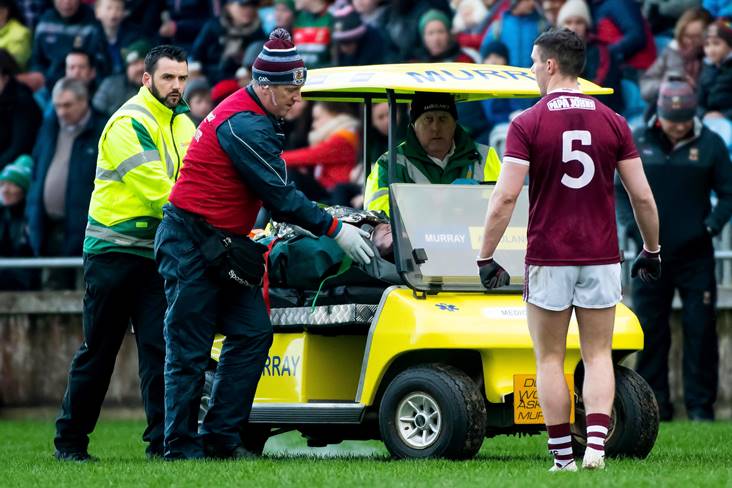 The game, which the Tribesmen won on penalties, was held up for 10 minutes in the second half after the big Micheal Breathnach clubman took a bang to the head and was treated on the Elvery's MacHale Park pitch by medics.

He was then stretchered off before being taken to Castlebar General Hospital, from where he was released last night.

Corner back Johnny Heaney was also stretchered off in the first half after suffering suspected concussion, but is also expected to make a speedy recovery.