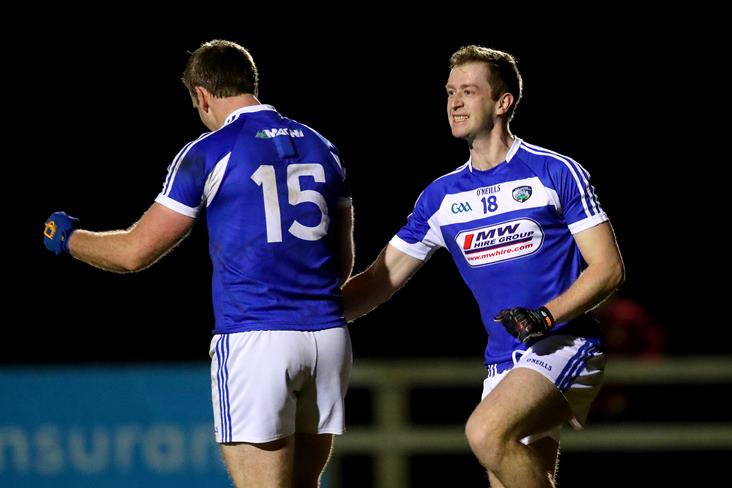 Brothers Donie and Paul Kingston celebrate a goal for Laois

New Laois football boss Mike Quirke has been dealt a double blow ahead of the 2020 season with the news that Donie and Paul Kingston have both opted off the panel.

The Irish Examiner reports today that the two brothers have left the squad for work and personal reasons.

It’s another set-back for Quirke, who has also lost O’Moore County captain Stephen Attride for the coming year as he goes travelling in Australia.

Laois start their season this Saturday when they take on Offaly in Portarlington in the opening round of the O’Byrne Cup.