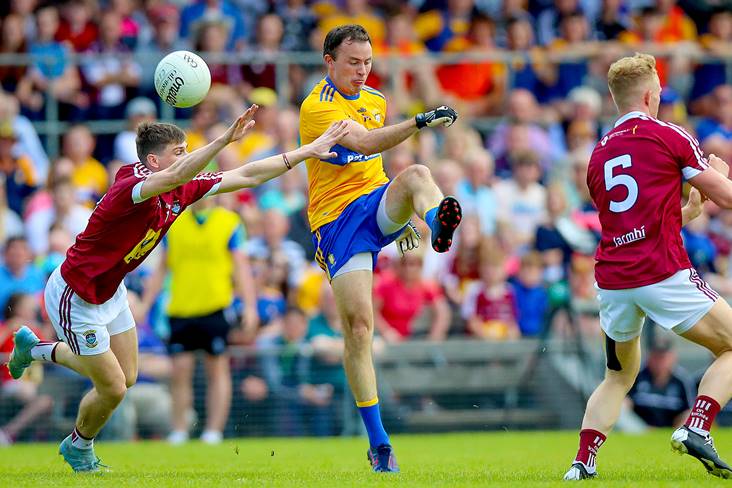 In the wake of the acute disappointment of the recent qualifiers’ fourth round defeat by Meath, sharpshooter Tubridy has revealed that he is unsure if he will soldier on for the Banner County in next year’s campaign.

“I’ve been playing with Clare since a Tommy Murphy Cup game against Tipperary at Ardfinnan in July 2007, and that was a game in which (two-time All Star) Declan Browne also played his last game for Tipperary,” recalled the 32-year-old attacker on his initial appearance for the Munster outfit.

“The following summer I made my championship debut against Waterford, at Cusack Park, and after that we lost in the next round of the Munster to Kerry at Killarney.

“So I’ve been on the go for a long time, and every year the demands on inter-county players are increasing, with us often having to train on five nights a week as well as having a match at the weekend.

“As well, as I live in Doonbeg, it takes me about an hour to travel each way for training to the Clare Centre of Excellence on the Tulla Road in Ennis.

“In addition, my family have a business, ‘Tubridy’s Bar and Restaurant’, in Doonbeg, and I’m due to shortly take over from my father in running it.

“So I’ll play with Doonbeg in the county championship and after that I’ll make a decision about my future with Clare towards the end of the year,” added Tubridy on his thoughts regarding the 2020 campaign.

But regardless of his own future, Tubridy says he hopes Colm Collins won’t call it a day as Banner boss in the wake of the agonising 2-16 to 1-18 loss to the Royals.

Following the O’Moore Park contest, Collins, who has already served six years at the Clare helm, said he would take some time to consider his future in a role which puts massive time and commitment demands on any person holding down such a position.

“I would definitely hope that Colm will decide to stay on for at least another year, and I’m sure the rest of the players would feel the same as myself,” remarked Tubridy, who shot six points in the loss to Andy McEntee’s charges.

“Since he came in as manager, Colm has done an unbelievable job for Clare football, bringing us from Division Four to Division Two.

“And I don’t think that we would be in Division Two, and that we would have kept our place there again this year, but for all the fantastic work that Colm has done over the past six years.

“As well, this year we were only one step away from qualifying for the Super 8s, and, of course, we lost by only one point to Meath in a game which was there to be won.

“But, as well as managing Clare, Colm is a very busy man with his own timber flooring installation business, and so he has to try to fit in the two demands on his time as well as he can.

“I can well understand that Colm is going to take a bit of time to decide on whether he will stay on as Clare manager.

“But whatever decision he comes to, myself and the rest of the players will fully respect and understand it,” added Tubridy, who, in addition to Collins, has served under other Banner bosses in Frank Doherty, Mick O’Dwyer, and Micheal McDermott.