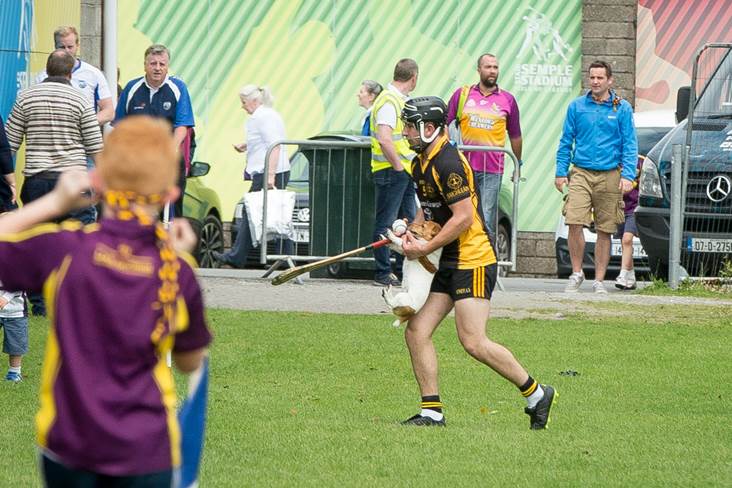 A small dog disrupts a challenge game between Sylane of Galway and Thurles Sarsfields on the pitch beside Semple Stadium.
©INPHO/Morgan Treacy.

History repeated itself at the Connacht GAA Centre of Excellence today when Sylane of Galway defeated Sligo's Calry-St. Joseph's in the Connacht club JHC final for the second time in three years.

Calry-St. Joseph's came into the decider as holders, but were soundly beaten on a 0-21 to 0-5 scoreline with Kevin Brady producing a man of the match performance for the winners.