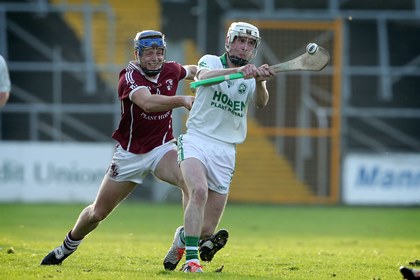 Ballyhale have been crowned Kilkenny senior hurling champions for a 15th time after birthday boy TJ Reid played a captain's part in a seven-point victory over holders Clara at Nowlan Park.

The county star shot 10 points - 0-5 in each half - as the pre-match favourites secured their sixth title in nine seasons and set up a Leinster semi-final against Kilmacud Crokes next Sunday.

An early 1-1 salvo from corner forward Chris Bolger gave Clara the perfect start as the eased into a 1-2 to 0-1 lead inside four minutes. Mark Aylward replied with a goal for the Shamrocks, but the reigning champions still led by two, 1-6 to 1-4, at the end of the first quarter.

But with Reid in unerring form from open play and placed balls, the winners reeled off seven unanswered points to lead by 1-11 to 1-6 at the short whistle.

Keith Hogan ended Clara's 16-minute scoring drought with his second free two minutes after the restart, and the centre forward posted three more frees to leave just three between the sides, 1-13 to 1-16, entering the last 10 minutes.

However, the maroons weren't to score again as Reid - ably assisted by James 'Cha' Fitzpatrick, Bob Aylward and Henry Shefflin - fired Ballyhale to a clear-cut win.