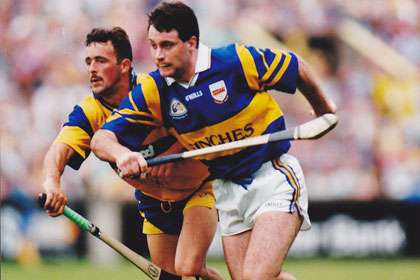 The ex-defender, who was a member of Tipperary's 1993 Munster SHC winning side, takes over from another former county player, Mark O'Leary, after making his name in management with the Tipperary camogie team who he guided to All-Ireland wins in 2003 and 2004.

At club level, he steered Drom & Inch to a Tipperary SHC final appearance in 2007 and led Clough-Ballacolla to a first ever Laois SHC success in 2009. He also managed top Cork side Newtownshandrum in 2008.

Ryan, whose backroom team consists of selectors Jim Dunne, Ray Ralph, Liam Flannery and team trainer Willie McCormack, said: "I'm looking forward to this new role. It's an exciting time for Tipperary hurling. As a management team, we're looking forward to working with the talented bunch of players at our disposal." Tweet