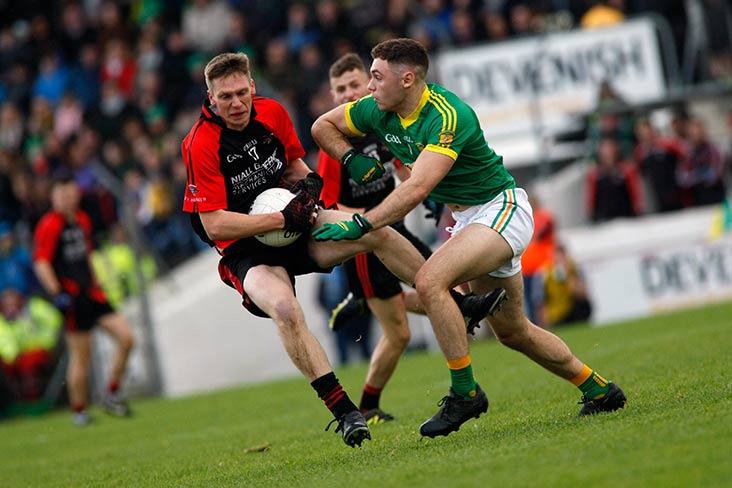 Just two years after winning the JFC crown, Curraha are promoted to the senior ranks following an impressive showing against their north Meath opponents.

Apart from a few moments either side of the interval, Curraha controlled matters en route to a double scores success. St Michael's posted three points on the bounce with side of half-time.

Ciaran Lynch posted that trio of scores from frees to leave Ciaran Conlan's men just four points off the pace after 40 minutes, 0-6 to 0-10.

The Carlanstown-Kilbeg side were unable to make further inroads on the deficit despite having the wind, and the sun, at their backs.

Over the final third of the game, Curraha doubled their tally, posting 1-7 while leaking just 1-1. St Michael's goal arrived with the hour almost up when Ciaran Lynch fired to the net punishing a degree of over-elaboration on the eventual winners.

Never headed over the course of the hour, Curraha are deserving of the Mattie McDonnell Cup.

McEntee created the goal, picking out Andrew Battersby with a precise foot-pass for the latter to finish with precision.

With the wind in their sails, Curraha quickly set about capitalizing on the elements. A brace of early James McEntee points, an excellent effort from play from the stand side into the town goal, followed by a free

The first of four pointed Conor Moriarty frees in the opening half enhanced Curraha's position. Ciaran Lynch pulled a point back for St Michael's but it was quickly cancelled by Moriarty's second free.

Then came one of the pivotal moments of the game. A foul on David Lynch led to a penalty at the old swimming pool end. A goal here would have leveled matters, but Shane McDonnell's effort was low, left and wide.

By the time St Michael's got their second score, Curraha had six on the board and the first quarter wasn't complete. Points from Peter O'Connell and Oran Meehan (free) left the Carlanstown-Kilbeg side 0-3 to 0-6 in arrears before the midpoint in the half arrived.

Curraha closed out their first-half with four points on the spin. Two Moriarty frees complimented efforts from Andrew Battersby and McEntee (free).

St Michael's mini-revival began with a Lynch free which left them 0-4 to 0-10 in arrears at the break.