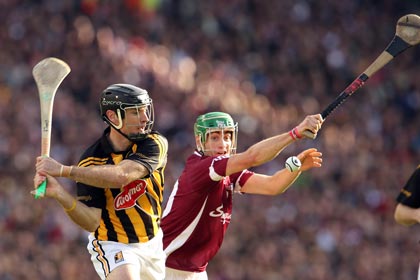 A David Lyng goal proved to be the difference as Rower Inistioge captured their first ever Leinster title at Buffers Allley's expense.

In an enthralling encounter played at Bellefield, Wexford champions Buffers Alley appeared to have the upperhand in the opening half as they led 0-8 to 0-5 at the change of ends. County star Andrew Kenny caused problems for the Rower defence with his five points.

The game swung in the Kilkenny sides favour when Lyng beat 'keeper Seamus Kavanagh five minutes after the resumption.

It looked to be heading to extra-time when Ciaran Ryan's spectacular 60th minute score tied up the sides again. However, defender Sean Lyster ensured a dramatic finish when he followed up with the match winning point in injury time.