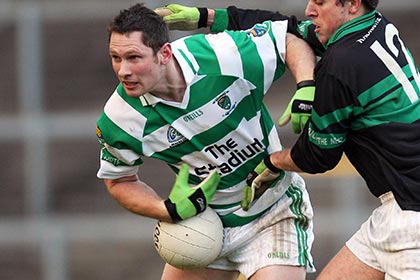 County star Gary Hurney produced a man of the match performance as the winners recovered from John Hurney's dismissal before half-time to run out convincing winners. Ballinacourty's superiority was reflected in the fact that they had eight different scorers compared to Stradbally's three.

The sides were level on 0-3 apiece before points from James O'Mahoney and Richie Foley (two) gave the winners a 0-6 to 0-3 interval lead. Despite being reduced to 14 players, Ballinacourty extended their advantage after the restart through points from Mark Fives, Gary Hurney, Michael O'Halloran, Mark Ferncombe and John Power.

Stradbally's misery was complete when Paddy Kiely was sent off with 10 minutes remaining.