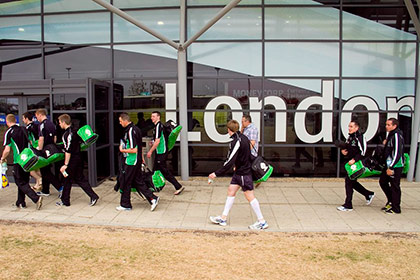 Another trip for the London footballers, this time to Croke Park
The All-Ireland SFC qualifier round 4 tie between Cavan and London has been fixed for Croke Park this Saturday.

The Breffni County and the Exiles will do battle at 3pm in the first game of a triple header at headquarters which also features Cork v Galway (5pm) and Meath v Tyrone (7pm).

Donegal will bid to put the disappointment of their Ulster SFC final defeat to Monaghan behind them when they square up to Laois at 5pm in Carrick-on-Shannon.

The Croke Park date is a fitting reward for Paul Coggins and his London players who earned many admirers en route to their historic Connacht final appearance while Cavan supporters will swell the attendance figure. Tweet