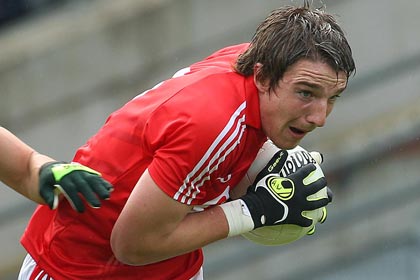 Down playmaker Martin Clarke and Tipperary teenage sensation Noel McGrath were also in Dublin today to receive the Vodafone Player of the Month awards for August.

Kanturk clubman Walsh was honoured for his brilliant midfield display against Down in the All-Ireland final, while Corbett was a worthy recipient of the hurling accolade after scoring a hat-trick of goals in Tipp's sensational All-Ireland hurling final victory over Kilkenny.

Clarke gained some consolation for Down's defeat in the recent Sam Maguire Cup decider when he scooped the August football award after man of the match performances against Kerry and Kildare. And 2009 Young Hurler of the Year McGrath was also honoured for his excellent display in Tipp's All-Ireland semi-final win over Waterford. Tweet