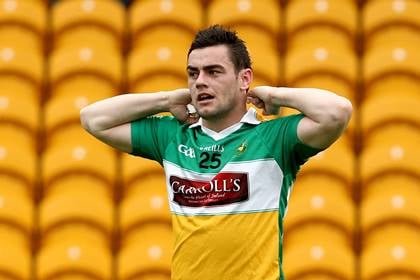 The Deehans, Thomas and Joey, were in sparkling form as Clara ran out emphatic winners over 14-man Wolfe Tones in the Leinster Special club JHC final at Tubber, Moate this afternoon.

An early goal by former county footballer Thomas laid the foundations for Clara's victory after the sides had been level on 0-2 apiece. The men from the north Offaly football stronghold went on to lead by 1-9 to 0-2 at half-time and added a further 1-9 in the second half to emulate fellow county men Killurin's achievement in winning this competition seven years ago.

The Longford senior champions' misery was compounded by the dismissal of Ciaran Fahy with 20 minutes remaining.