Dooley to lead the Faithful 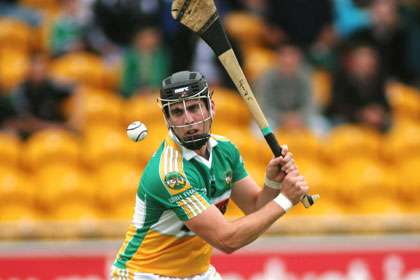 Offaly's Shane Dooley
Shane Dooley has been confirmed as Offaly hurling captain for 2011.

Ahead of that game, the Tullamore man - son of manager Joe - was confirmed as the Offaly captain for the coming year.

He succeeds Brian Carroll as skipper and becomes the latest member of the Dooley clan to lead Offaly, with Joe and Johnny having served as captain in the 1990s.

Dooley has plenty of leadership experience, having captained Tullamore to the Offaly senior hurling championship in 2009.

Dooley Snr also confirmed that Joe Bergin will take on the role of vice-captain this year. Tweet