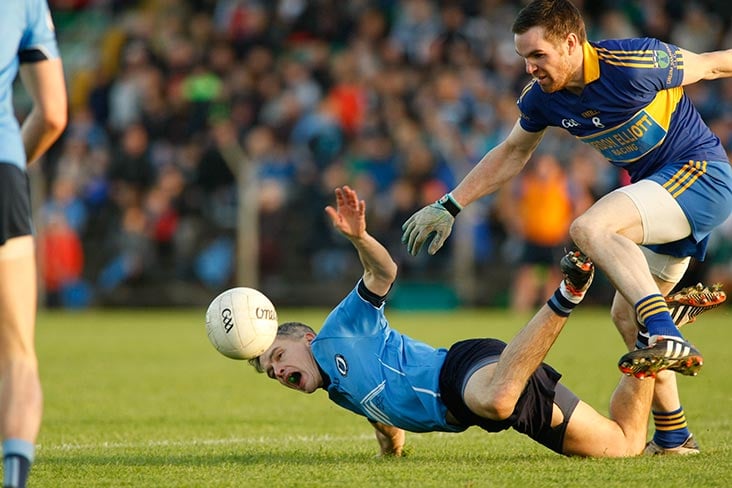 After a slow start, Colm O'Rourke's charges gradually took control. However, they were greatly helped with a fortuitous second half goal. It arrived in the 35th minute following a mix-up in the Summerhill rearguard.

Conor Sheridan slotted to the net from close range at the old swimming pool end and the board at the opposite end of the field read 2-4 to 0-4.

Summerhill rallied and got to within five points of the champions, 2-6 to 0-7, by the 57th minute. They might have got closer but for eighr second-half wides. Six of those were registered in the third quarter.

Simonstown were wasteful in the first-half and by the end of the final whistlehad one wide less (nine) than John Lyons' men.

Following Sheridan's goal the next score arrived in the 45th minute when team captain and man-of-the-match Padraig McKeever landed a close range free.

The scoring rate increased in the final quarter when a Barry Dardis 45 and and Brian Ennis effort completed Summerhill's tally.

The champions crowned their second Keegan Cup success with a trio of stoppage time points from Shane O'Rourke (one) - a 40-metre effort one of the highlights of the game - before McKeever polished off a memorable afternon with two efforts from play.

Summerhill sprung from the traps faster than the holders and had two points on the boards inside three minutes through Caolan Young and Sean Dalton.

Conor Sheridan got Simonstown's opening point seven minutes in with help from Sean Tobin. Brian Ennis posted the only pointed free of the opening half to leave it 0-3 to 0-1 with 12 minutes gone.

Seconds later Simonstown's captain Padraig McKeever fired to the net at the town end to put the holders ahead for the first time. Shane O'Rourke and Conor Nash provided the assistance.

Simonstown remained in front for the remainder of events and they led by 1-3 to 0-4 at the interval. However, a tally of seven first-half wides left the champions in peril while three further scoring attempts dropped into the arms of Summerhill 'keeper Tony McDonnell.

In addition, Simonstown passed up a couple of goal chances. McKeever's first-minute effort was turned out for a 45 by McDonnell. Just before the break, McDonnell repeated his earlier feat to deny Mark McCabe.

At the other end of the field a diligent Simonstown defence with a number of interceptions limited Summerhill to four first-half scores. The holders lost Brian Conlon when the centre-half-back, a flu victim, retired after 20 minutes.

A closer second-half appeared to be in prospect until Sheridan pounced for that second goal.