Club football team of the week 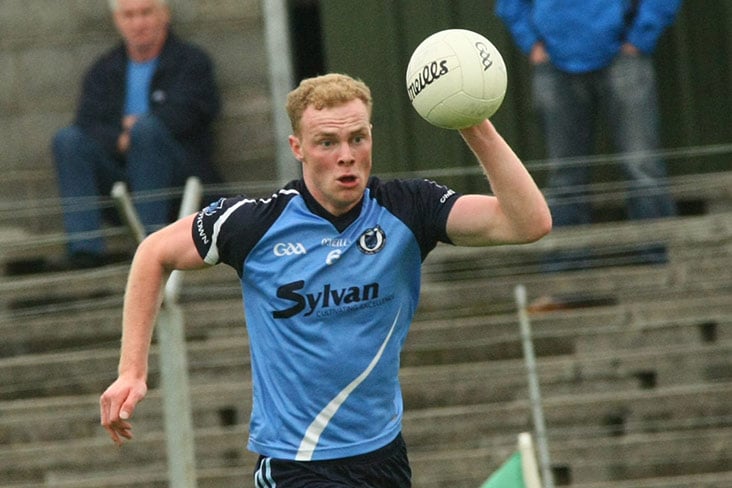 It's down to the last four in the hoganstand.com Meath senior football championship as Gaeil Colmcille, Simonstown and Donaghmore Ashbourne join Skryne in the semi finals. After another eventful weekend we pick our best XV.

1 Robbie Burlingham (Simonstown): Brilliant save in the dying seconds proved vital in the win over Dunboyne.

2 Liam Ferguson (Gaeil Colmcille): It's in the genes. Defended comfortably and still moved forward to hit a vital point.

3 James Colgan (Donaghmore/Ashbourne): The big Down man matched Joe Sheridan stride for stride in a number of positions.

4 Paul Gilligan (Donaghmore/Ashbourne): So versatile and shot a hat trick of points.

5 Niall Kane (Simonstown): Would be a good advertisement for a Duracell battery. Ran and ran for 80 odd minutes and is probably still running.

6 Brían Conlon (Simonstown): Must have impressed the watching Meath selectors. Dunboyne could not counter his surging runs forward. A brilliant prospect.

7 Oisin Reilly (Gaeil Colmcille): Roamed the Trim pitch. Terrific work rate and set up many of the Kells scores.

8 Conor Nash (Simonstown): Why are we letting this youngster go to Australia? Ruled the midfield sector. His catches were worth the admission money alone.

9 Keith Reilly (Gaeil Colmcille): His best performance in the club jersey. Na Fianna had no answer to his pace down their left flank.

11 Padraig McKeever (Simonstown): Led the Navan side's attack with aplomb. Shot 1-7 and like his cousin Brían Conlon has emerged as a key player for the Gaels.

12 Mark McCabe (Simonstown): This guy 'don't do' points but another matter when it comes to goals. Must be the highest goalscorer in this year's championship. Got another brace on Saturday.

13 Dylan Brady (Donaghmore/Ashbourne): Has to be the main contender for the club's Player of the Year award. His brilliant early goal had Seneschalstown already on the back foot. Due a run in the green and gold jersey.

14 Brian Hanlon (Gaeil Colmcille): Todate overlooked by all kinds of Meath selectors. Na Fianna could not compete with his speed, turn and skill. Shot 1-7 as well.

15 Fionn Reilly (Gaeil Colmcille): Operated at left half forward but simply had to be on the team. Terrific pace and some nice points. Younger brother of Oisin.

Glass sees nothing wrong with 'specky'