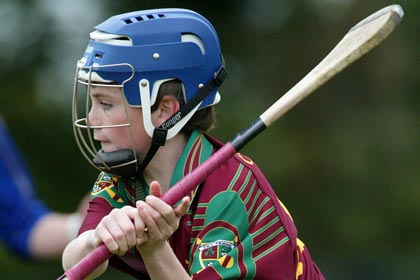 Kiltale represented Meath in the hurling Feile na Gael and were hosted by Moycullen in Galway.

Kiltale won through to the final with the following results:

Kiltale had dominance in midfield with Owen Crowe and the outstanding captain Iarla Hughes.


Kiltale defence in which Brian O'Reilly,Robert Mc Guinness and Cathal Brien were totally on top and delivered great ball down to their forwards.


Muinbeag started the second half in flying form and scored a goal and point but after those scores it was all Kiltale with them running up a further 5goals and 2 pts.


Hugh O' Sullivan got a further 2 goals and Kyle Benson finished off another great move with a great goal.

Ross Ryan tormented the opposing defence and scored a further goal and a point.


Ronan Ryan who was sick and missed all the games on Saturday but was introduced as a substitute in the final and made an immediate impact setting up many attacks.


Iarla Hughes played a Captains role and was strongly supported by Owen Crowe at midfied.


In the forwards Hugh O' Sullivan and Ross Ryan took the scoring honours and others to do well over the tournament were Kyle Benson,Sean Healy,Jack Farrell and Cathal Ryan.