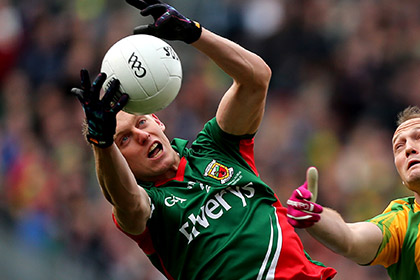 Mayo will appeal the red card shown to Kevin Keane during their All-Ireland quarter-final win over Donegal.

The substitute was sent off towards the end of the Connacht champions' comfortable victory at Croke Park for striking Michael Murphy but joint-manager Noel Connelly says Mayo "don't feel there was a whole pile in it."

Thus, the player will appear before the Central Hearings Committee this week in a bid to be freed to feature against Dublin on Sunday week.

Goalkeeper David Clarke and Tom Cunniffe will both be fit to face the Dubs, while Mickey Conroy has been ruled out for the remainder of the season.