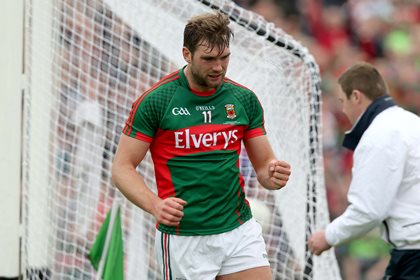 Aidan O'Shea was savouring Mayo's first five-in-a-row of Connacht SFC titles in over a century after their 25-point drubbing of Sligo.

The Breaffy powerhouse scored 3-4 in a man of the match display as Mayo won five successive provincial titles for the first time since 1906-10.

"It hasn't been done by a Mayo team for a long, long time - I think (not) since the early 1900s. So regardless of what people think, it means an awful lot to the team and squad. We've put in five hard years and to make it five-in-a-row, it is special to be fair."

"The rub of the green went with us. In the few couple of minutes, we got a few goals. They were trying a few short kick-outs and I suppose we pressurised them well and we got the rewards early on," he added.