Mayo jet out to Portugal for warm-weather training 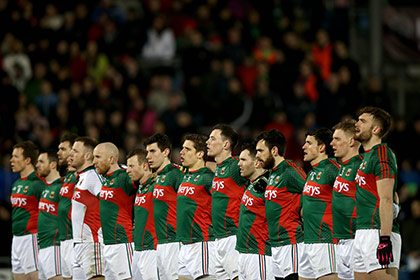 The Mayo footballers departed Dublin Airport early this morning for a six-day training camp in Portugal.

Joint-managers Pat Holmes and Noel Connelly, along with 37 panel members, including the fit-again Evan Regan, will be based in Vilamoura where Mayo also held a training camp in 2012. The Connacht champions will use the trip to fine-tune their preparations for the championship, which gets underway on June 21 when they face one of Galway, Leitrim or New York in the Connacht SFC semi-final.

The Monaghan footballers and Tipperary hurlers have just returned from similar warm-weather training camps in Portugal and Spain respectively.