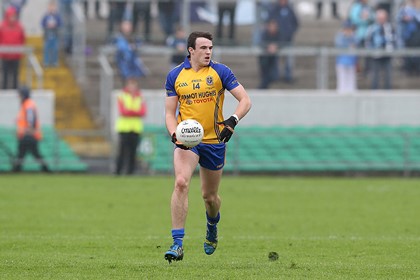 Resurgent Roscommon recorded a rare win over Mayo at Elvery's MacHale Park to book their place in next Sunday's FBD Connacht League final against Galway.

Goals in either half from Diarmuid Murtagh and Mark Nally were crucial for John Evans' underdogs. Senan Kilbride set up Murtagh for the opening goal in the 20th minute which propelled the winners into a 1-5 to 0-2 lead. But Mayo rallied with points from Jason Doherty and Kevin McLoughlin to trail by just three, 0-6 to 1-6, at the interval.

The visitors extended their lead to 2-9 to 0-8 when Nally pounced on a mistake by Colm Boyle with 15 minutes remaining to finish to the bottom corner of Kenneth O'Malley's net.

Mayo, who could afford to lose by two points and still reach the final, hit back with an Alan Freeman penalty five minutes later, but Roscommon held on for a five-point win.