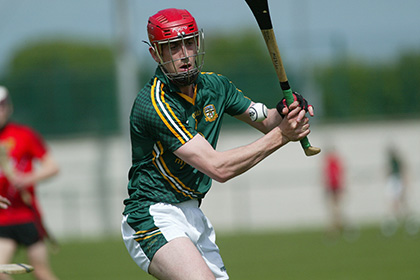 All is not lost for the Westerners who, thanks to their first round victory over Armagh, will have a quarter-final to look forward to next weekend. Dual star Keith Higgins was back for them this afternoon and was among the scorers in a game which could have gone either way.

It was close throughout with the sides being level on a number of occasions. Kenny Feeney sent over four early frees to help the hosts to a slender 0-10 to 0-9 half-time lead.

It was 0-11 each 10 minutes into the second half before the Royals scored four-in-a-row to put some daylight between the sides for the first time with former county footballer Caoimhin King getting the last in the sequence. But Mayo refused to throw in the towel and three points from Feeney tied up the scoring once again with four minutes to go.

Both sides had chances to win it late on, but it was Clynch who showed the coolest head to fire straight over the black spot and leave Cillian Farrell's charges just 70 minutes away from Croke Park.