Horan has mixed feelings after win 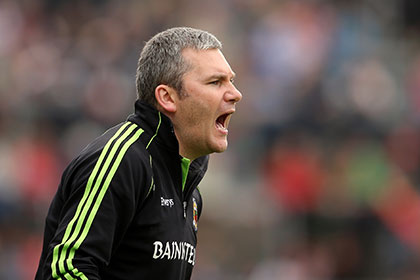 Horan took pluses and minuses from the display which puts Mayo within touching distance of their third Nestor Cup on the trot.

"The last 20-25 minutes of the game was poor from both sides," he explained to RTE.

"We got very sloppy and lazy. But we won a Connacht semi-final, we won it comfortably and are happy in that regard."

He continued: "Roscommon started well - we knew they would - the momentum was with them for the first five or 10 minutes, but our defending was strong and that really crushed Roscommon's spirit and we pushed on from there."

The Ballintubber man doesn't believe Mayo will be at a disadvantage to the other All-Ireland contenders later in the summer because of the lack of competition they've faced in Connacht.

"We play what's in front of us. All we're looking at is to keep winning games. More competitive games is obviously ideal preparation, but we'll keep playing and trying to beat who's put in front of us and we get ready now for the Connacht final (against either Leitrim or London on July 21)." Tweet