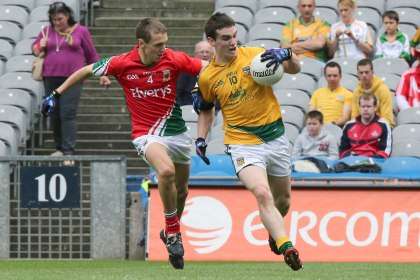 Meath scored two late controversial goals to snatch victory from the jaws of defeat in an error-ridden All-Ireland MFC semi-final at Croke Park this afternoon.

The never-say-die Royals outscored Mayo by 2-4 to 0-1 in the final 25 minutes to book a place in the All-Ireland final against either Dublin or Kerry on September 23. While they deserved thier win on the basis of the amount of scoring chances they created, Andy McEntee's side benefited from a number of poor refereeing decisions in the second half, the most significant of which came with four minutes remaining when a penalty was given against Mayo captain Adam Gallagher for a 'foot block' on Cillian O'Sullivan.

TV replays showed that O'Sullivan's shot came off the back of Gallagher's leg, and that Tyrone referee Cathal O'Hagan had got the decision wrong. Gallagher earned a yellow card for his troubles before Fiachra Ward stepped up to level the match at 1-10 apiece, despite his spot-kick being poorly struck.

Extra-time looked to be on the cards until Meath substitute Patrick Kennelly pounced for the winning goal in the first minute of stoppage time. Once again, the score was shrouded in controversy with both Cillian O'Sullivan and Kennelly appearing to foul the ball in the build-up.

Overall, this wasn't a game for the purists with scrappy play being the order of the day. The match officials will also want to forget this game in a hurry, but Meath won't complain and they may yet to get a chance to avenge their Leinster final mauling by Dublin on the biggest stage of all.

Meath almost made a dream start when, straight from the throw-in, the ball bounced invitingly in front of James McEntee who beat Mayo 'keeper Conor O'Malley to the punch, only to see his effort drift to the left and wide of an open goal. Following that early let-off, Mayo opened the scoring from an Eoin Lavin free after a foul on their captain Adam Gallagher.

Mayo were already proving more economical as centre forward Stephen Coen found himself in acres of space to knock over their third point in the 10th minute. As Meath continued to miss chances, Shane Hennelly made it 0-4 to 0-0 at the end of the first quarter after James Quinn had done well to hold off his marker in the build-up.

Having failed to take any of six scoring chances that came their way, the Royals finally opened their account from a Fiachra Ward free in the 18th minute. But disaster struck two minutes later when the raiding James Quinn picked out Diarmuid O'Connor on the edge of the square and his shot had just enough power to beat Meath 'keeper Robert Burlington for the opening goal.

When wing back Patrick Durcan followed up with another point, Mayo led by 1-5 to 0-1 and looked to be coasting to victory. But Meath dug in to outscore the beaten Connacht finalists by 0-5 to 0-2 in the last eight minutes of the half. Jason Daly floated over a point after his initial goal attempt was blocked. This was quickly cancelled out by a beautifully-struck '45 from Lavin.

Meath then enjoyed the best spell of the half which yielded three quick scores without reply. Daly got the first of them, team captain Pauric Harnan was next to raise a white flag before James McEntee also found the target. The Meath scoring sequence was broken by Adam Gallagher who slotted over a free after Meath full back Brian Power was accused of handling the ball on the ground.

In the final minute of the half, Cillian O'Sullivan hit a beauty off his left foot to leave four between the sides at the break.

Mayo resumed with two quick points from Adam Gallagher - the first coming from a free awarded for a foul on Regan. James Quinn made it a seven-point game, 1-10 to 0-6, with Mayo's third in-a-row, but they weren't to score again until the third minute of stoppage time as the Royals took control. Substitute Ruairi O Coileain pointed from play before Ward landed two frees.

Cillian O'Sullivan left a goal between the sides with six minutes remaining when Conor O'Malley could only tip his shot over. Then came the game's big turning point (and talking point) when Meath were incorrectly awarded a penalty which Ward was relieved to see hit the net after his low shot straight down the middle took a deflection off O'Malley's right foot on its way in.

Both sides hit a wide each before Adam Flanagan made a superb catch in midfield and sent Meath on the attack. Kennelly (illegal hand pass) and O'Sullivan (pick-up) both appeared to foul the ball in a move which ended with Kennelly blasting to the net from close range and giving the Royals a 2-10 to 1-10 lead.

A shell-shocked Mayo had one last chance to force extra-time, but Stephen Coen blazed over. 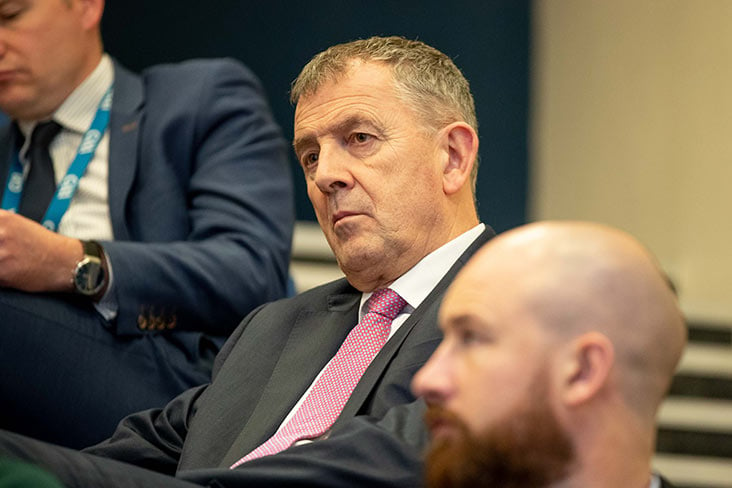 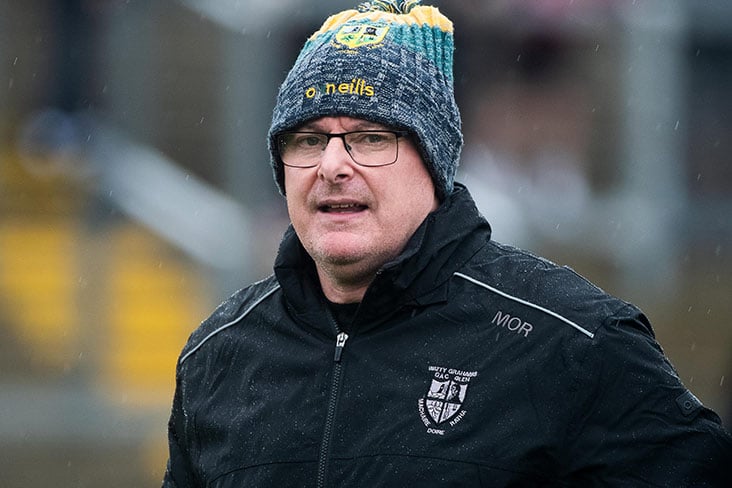 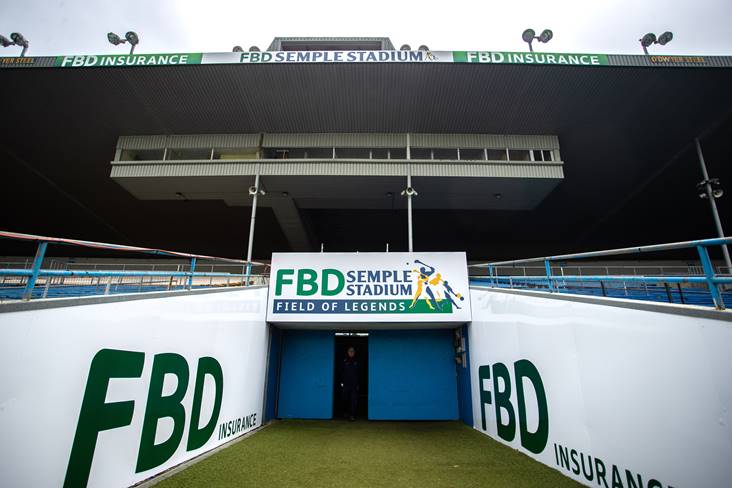 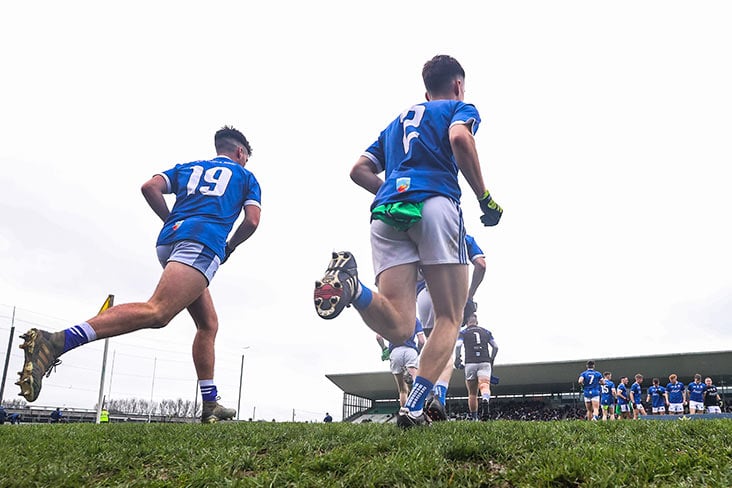