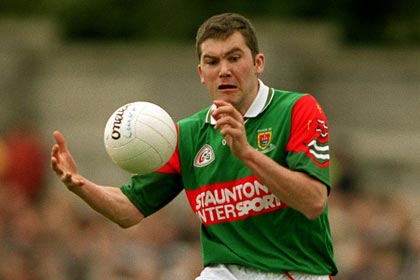 Former Mayo star James Horan
James Horan will not be travelling with his new Mayo charges to New York for this weekend's FBD League final in Rockland.

Horan, who was only named as John O'Mahony's successor last week, won't be part of the travelling party which flies out on Thursday. Mayo defeated Galway in the home final back in February and will face the Exiles at Rockland's new playing facilities at 4pm local time (9pm Irish) on Sunday.

Interestingly, Joe Kernan took charge of Galway in the corresponding fixture last year, despite being only in the job a matter of weeks at the time. Tweet