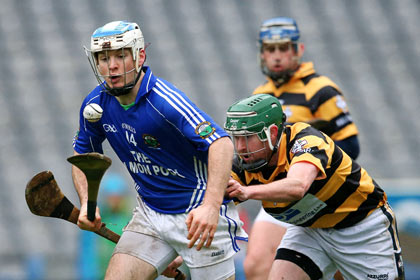 Thomastown were pushed all the way by Manchester's Fullen Gaels at Croke Park yesterday.

A period of dominance from the Kilkenny side midway through the second half where they notched 1-4 without reply proved crucial.

Both sides scored their goals in the space of two minutes, wing forward Darren Burke flicked to the net for Thomastown on 19 minutes before the impressive Robbie Power goaled for the Exiles.

A second Fullen Gaels goal on the restart had the sides level.

However, a Thomas O'Hanrahan goal as well as points from Dessie Walsh and Burke pushed Thomastown seven points clear.

But the Kilkenny side withstood the fierce pressure from the Exiles.