All-Ireland club IHC final: Clara have too much for St Gabriels 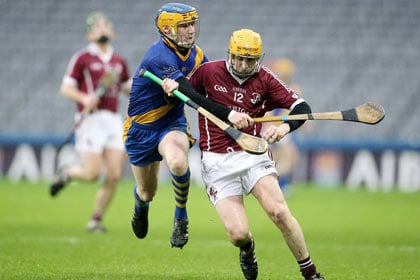 Clara claimed the Intermediate club hurling title as they ran out convincing eight point winners over St Gabriels at HQ.

With Thomastown victorious in the Junior decider, a unique Kilkenny double looked likely early on when they raced into a 0-7 to 0-1 lead.

St Gabriels fought back with a brace of frees from Martin Finn but Keith Hogan, who scored 1-9 over the hour, hit four successive points to leave Clara 0-11 to 0-4 ahead at the break.

Luke Hands had a glorious chance at goal to bring Gabriels back into contention, but his powerful effort went wide.

Immediately after, Hogan fired home the games only goal after great work from Conor Phelan.

12 points adrift midway through the second half, St Gabriels never gave up and managed to reduce the deficit to seven.

However, Clara's hard work was done as Hogan drove over the final score of the day in injury time.