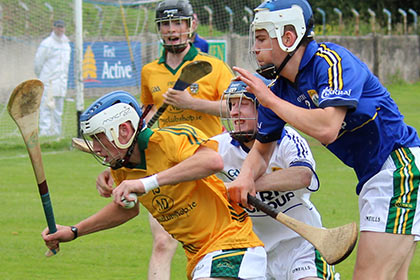 Kerry held all the aces as they claimed the All-Ireland MHC 'B' spoils at the expense of Meath in Nenagh.

Jack Fagan's goal from long range had the Royals 1-0 to 0-2 ahead after five minutes, but the Kingdom recovered impressively to lead by 1-12 to 1-5 at the break.

The Munster men extended their lead with four points without reply during the third quarter and led by 12 points with just 12 minutes left on the clock.

Two goals from Jack Regan, the first via the penalty spot in the 49th minute and the second from a free, got the Royal County back in the hunt but a late Kevin Bowler point put the end result beyond any doubt.