Sheehan: hunger is there 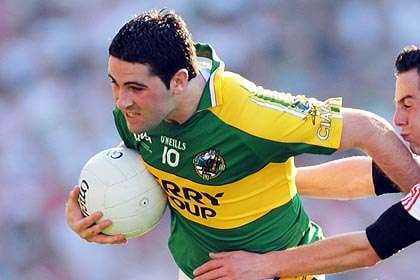 Kerry's Bryan Sheehan
Bryan Sheehan has warned the competition that Kerry's hunger is back.

With only five counties left in the race for the Sam Maguire Cup, the Kingdom are strong favourites to add to their record tally of All-Irelands. And midfielder Sheehan told The Examiner following yesterday's dismantling of Limerick at Croke Park that they have got back their edge:

"The hunger is there with all of us this year. We were very disappointed after what happened last year and that was the key driving force for us coming here, how disappointed we were going home. It's only one hurdle jumped now. We have another two to go.

"We probably didn't prepare right for the quarter-final last year and we knew Limerick were coming off the back of three competitive games - especially the one against Wexford where they were down by a couple of points.

"So the key thing for us was to get up to maximum intensity and once we got up to that we knew that we could play with Limerick. Things went our way." Tweet