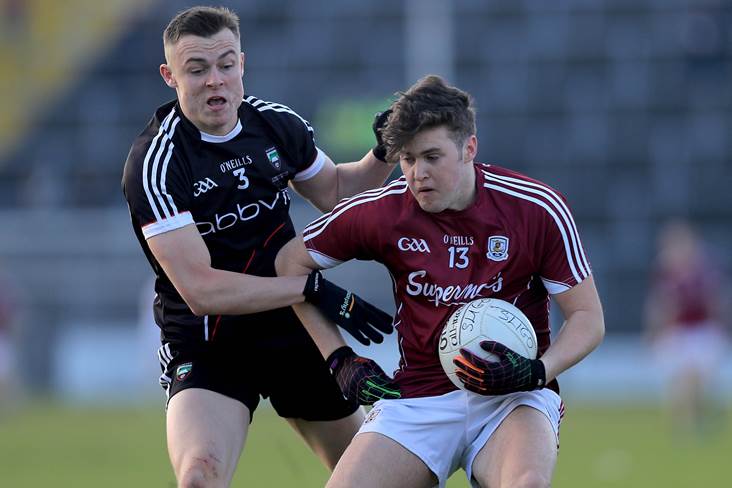 Favourites Galway required extra-time to see off the gutsy challenge of Sligo in this evening's Connacht U21 FC decider which was played at Markievicz Park.

The Tribesmen were crowned champions after pulling away in extra-time to record a 3-20 to 2-14 victory.

Bidding for their first ever provincial title in what will be the last year for the grade, the Yeats County had forced extra-time after Liam Gaughan's free left the scoreboard reading Sligo 2-13, Galway 1-16 at the end of 60 minutes but they were unable to make the most of their second bite at the cherry.

Instead it was Galway who moved up the gears and they posted an impressive return of 1-7 in the additional two periods of 10 minutes while, at the same time, restricting their opponents to a solitary point. Substitute Seán Kelly made a big impact with Galway's two goals in extra-time while Michael Daly netted the first of their three goals two minutes into the second-half.

A first-half Alan McLoughlin goal had helped established a 1-7 to 0-5 interval lead for the hosts while a late converted Kyle Cawley penalty was a key moment in sending the game to extra-time.

As events transpired, that proved to be as good as it got for Sligo and it's Galway who are celebrating tonight as they advance to the All-Ireland semi-finals where they will face Kerry in two weeks time.