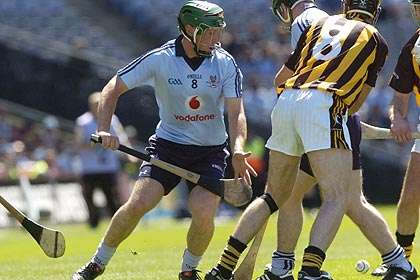 The Cats have already lost the Walsh Cup and NHL finals to Anthony Daly's charges this year and McCaffrey claims there is a lot of pressure on them not to lose a third decider to the Metropolitans.

"We feel the pressure is on them," the Lucan Sarsfields clubman told the Irish Sun.

"They have been beaten by Dublin in two finals this year and they won't want to be beaten a third time. We will use it to our advantage, we are going out to meet the challenge and are looking forward to expressing ourselves."

Dublin were surprisingly comfortable winners over Kilkenny in last month's NHL decider, but McCaffrey says they will be a different proposition on Sunday.

"We know they are going to come at us with all guns blazing and don't want to lose a third final to us," he added.

"But we're looking forward to the challenge against Kilkenny with all their men back. They have a lot of talented players with a lot of All-Ireland medallists in the team.

"Tipp have been the only team to have beaten Kilkenny when they were at the peak of their powers and we are just hoping to get up to that level." Tweet