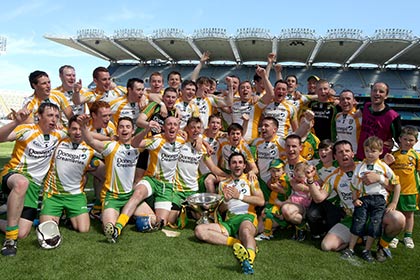 Even though, the Ulster side were only crowned Nicky Rackard Cup champions last Saturday, Durack stressed that the players were already looking forward to next year.

Speaking to the Donegal Democrat he said: "I think the crowd took the players by surprise and even at this stage I would say it is driving them on to even greater things and they are already talking about giving the Christy Ring a right good rattle next year.

"Nobody is talking about retiring, they are all talking about the Christy Ring, which is very positive and very encouraging for the future, Donegal has been looked down on for too long and playing the lower tiers." Tweet