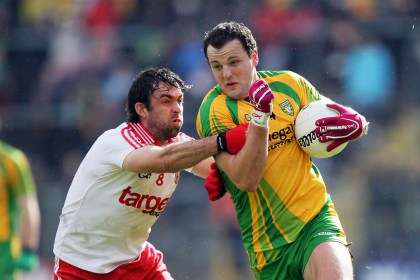 Michael Murphy and Joe McMahon will be team-mates this weekend
Donegal's All-Ireland winning captain Michael Murphy has been included in the Ulster squad for Sunday's Inter Provincial semi-final against Munster.

Tyrone captain Stephen O'Neill is not available for selection for the holders but the Red Hand County have the highest number of representatives with eight.

Manager Kernan will announce his starting team on Thursday evening.