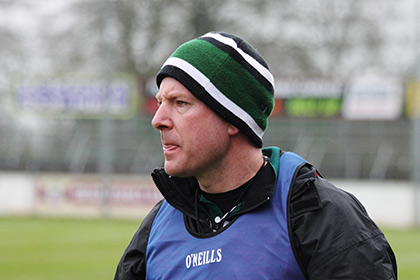 Kildare will meet neighbours Meath for a place in the Christy Ring Cup final next Saturday after goals in either half from Bernard Deay and Ross Kelly eased them to an 11-point victory over a disappointing Derry outfit at Owenbeg.

Beaten by Kerry last time out, Brian Lawlor's charges bounced back in impressive fashion to end Derry's involvement in this year's competition. The hosts played second fiddle throughout and will need to show a big improvement if they're to make an impression in the forthcoming Ulster SHC.

The writing was on the wall for Ger Rogan's side after 17 minutes when Deay's goal propelled the Lilywhites into a 1-4 to 0-1 lead. The visitors had raced into a 0-3 to 0-0 advantage before Brendan Rodgers finally opened Derry's account in the 11th minute.

The Oak Leafers could only manage two further scores from Ruairi Convery frees as Kildare took a 1-9 to 0-3 lead into the break.

Another Convery free and a Paddy McCloskey effort from play had the margin down to seven points, 0-7 to 1-11, before Kelly's 57th minute strike settled it. Malachy O'Hagan replied with a point, but there was no way back for the outclassed home side.