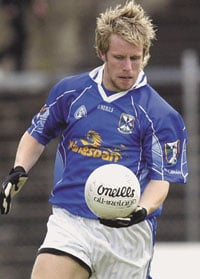 Michael Lyng Cavan
The draws for this year's senior, intermediate and junior championships were revealed last night (Monday) at the Kilmore Hotel during February's meeting of the Cavan County Board. After two years of the knock-out and qualifying competition, all three championships revert back to the group stages, where the top two teams from each group will qualify for the quarter-finals of their respective grade, which will require another open draw. This year sees three new teams enter into the fray, with two amalgamated sides competing in the senior championship. Amalgamation One will be the winners of Drumbride (Knockbride and Drumgoon) and West Cavan Gaels (Shannon Gaels, Kildallan, Corlough and Templeport), while Amalgamation Two sees the losers of the above fixture take on Black Water Gaels (Maghera and Munterconnaught) to see which team will stake their claim in Group One of the SFC. The third new team to enter the mix is Cavan Gaels' second-string, who will be starting their new life in the junior championship in a testing group that contains the likes of Shercock, Munterconnaught and former champions Swanlinbar. Cavan Gaels' first team have been drawn into Group Three of the senior championship and will begin their title defence against rivals Mullahoran, who they edged out in last year's quarter-final, with Ballinagh and Crosserlough to follow. In the intermediate tier, Group One will undoubtedly be considered as the 'Group of Death' with 2006 champions Drumalee coming up against the beaten finalists of the past two years in Ballyhaise and Lavey, and 2007 junior champions Killeshandra are also throw-in into the mix for good measure. Round One of the Hotel Kilmore Championships are set to get underway on June 11, with the first and second named teams, as well as third and fourth, taking each other on in the first round. In the case of a three-way group the third team gets a bye into the second round. Senior Football Championship: Group 1: Redhills, Amalgamation One, Belturbet, Amalgamation Two Group 2: Gowna, Cuchullains, Castlerahan, Ramor United Group 3: Mullahoran, Cavan Gaels, Crosserlough, Ballinagh Group 4: Killygarry, Denn, Lacken Celtic, Kingscourt Stars Intermediate Football Championship Group 1: Drumalee, Lavey, Ballyhaise, Killeshandra Leaguers Group 2: Ballymachugh, Drumgoon, Bailieborough Shamrocks, Drung Group 3: Laragh United, Killinkere, Kill Shamrocks Group 4: Knockbride, Drumlane, Cootehill Celtic Junior Football Championship: Group 1: Munterconnaught, Shercock, Cavan Gaels, Swanlinbar Group 2: Arva, Maghera, Shannon Gaels Group 3: Corlough, Cornafean, Mountnugent Group 4: Butlersbridge, Kildallan, Templeport Tweet

New penalty rule should be scrapped for championship - Graham