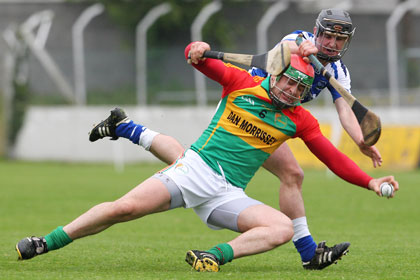 Carlow fine-tuned their preparations for a final showdown against Kerry with a 14-point victory over Westmeath at Dr Cullen Park.

Left half-forward Shane Kavanagh bagged two goals for John Meyler's side who will renew acquaintances with the Kingdom in the decider on Saturday, April 5.

Kavanagh netted his first goal in the 26th minute and the Barrowsiders went in at the break holding a 1-9 to 0-7 lead.

Kavanagh's second goal on 54 minutes helped the hosts pull away in the second half and heap further pressure on under-fire Westmeath boss Brian Hanley.