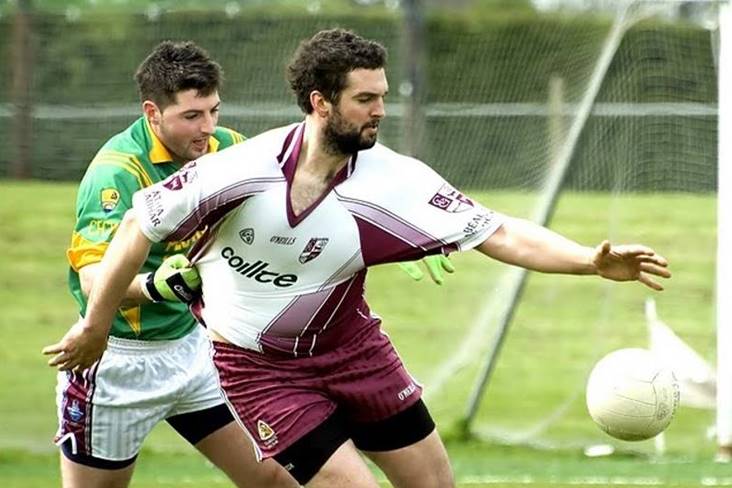 The funeral of a 34-year-old former Westmeath minor footballer and Leinster club JFC winning captain will take place this morning.

The death of Eoin Miller on Friday after a short illness has caused widespread shock and sadness throughout the Lake County. A first cousin of former Laois midfielder Padraig Clancy, the Ballinagore clubman was no mean centre-fielder himself and filled the position for the Westmeath minors in 2001. Poignantly, another member of that team, Dermot McManus from Athlone, also passed away last year.

Eoin had the distinction of being the first captain of a Westmeath football club team to lift a Leinster title in 2005 when Ballinagore defeated Grangenolvan of Kildare in the Leinster club JFC final. He went on to add a county IFC medal in 2007 and would still be playing had he not being struck down by illness earlier this year.

He is survived by his wife Emma and young son Matthew as well as his parents, brother Shane and sisters Emily, Ruth and Grace.

"We in Ballinagore GAA are deeply saddened as Eoin was an active member of our club, both on and off the playing field, from his youth.

"A larger than life character, Eoin could be best described as a gentle giant. On the field of play, his physique was imposing but his style was that of elegance.

"Off the field, Eoin was an active committee member of our club for many years where he held various roles. He was always helpful, insightful and full of energy. He was particulary helpful and generous of his time with our younger footballers and they all looked up to him as a result.

"Words cannot express how saddened we are to hear this tragic news. Eoin was a soldier on the field of play and he soldiered his illness with great dignity and strength right to the end."