All-Ireland Intermediate Camogie final: All square between Rebels and Royals 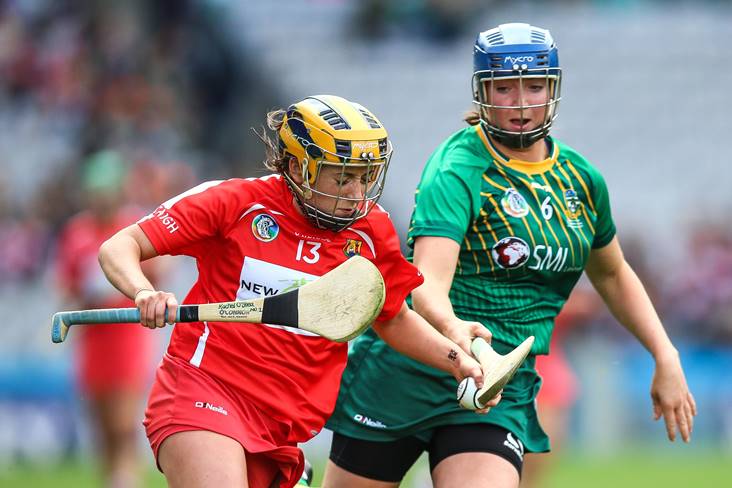 CORK and Meath will have to do it all over again on October 1 as 63 minutes of play were unable to separate them in the Liberty Insurance All-Ireland Intermediate Camogie Final.

The magnificent Megan Thynne was on the attack for Meath and in the throes of unleashing a shot at glory when referee Liz Dempsey called time on the play, allowing Cork supporters to breathe a sigh of relief.

The Rebels would have been extremely disappointed had they let it slip for a second consecutive year however, as they led for the majority of proceedings and wasted a couple of gilt-edged opportunities with some dreadful wides in the final quarter in particular.

It would have been hard on Meath to lose out too however, as they showed tremendous grit to drag themselves back level after falling four points behind in the first half, and then recovering from the concession of a goal just before the break to reel in a similar deficit in the second period.

Both full-forward lines came into the game as the strongest sections of each unit and they advertised their talents especially in a more fluid opening period although they were shackled well in a cagier second half.

Rachel O'Shea opened the scoring for Cork and by the 10th minute, her colleagues on the inside line, Caroline Sugrue and Linda Collins had also gotten off the mark.

Keeva McCarthy shot a brace, the second a really well-crafted score after good work by Sugrue and Collins as Cork went 0-6 to 0-2 ahead but Meath responded with four in a row, Jane Dolan converting three frees and Sinéad Hackett slotting well.

McCarthy was on target once more for Cork however before Katelyn Hickey finished brilliantly to the corner of the Meath net to make it 1-7 to 0-6 at the change of ends.

The second half lacked the fluidity of the first, although it had a rip-roaring start, with Amy Gaffney pointing directly from the throw-in, and then Kristina Troy blasting a goal just over a minute later.

That score was all about Aoife Minogue however, as the young Dunderry forward drew the cover with a powerful run through the middle and timed her pass to perfection. Troy made no mistake despite Amy Lee, who had a fine game, closing in.

Player of the match Finola Nevile and O'Shea moved Cork ahead quickly but the Leesiders failed to score in the last 26 minutes, including three of injury time.

Dillon halved the gap in the 52nd minute but it wasn't until the second minute of injury time that she was able to hit the leveller, just after Hickey had been sent off for a second yellow card offence.