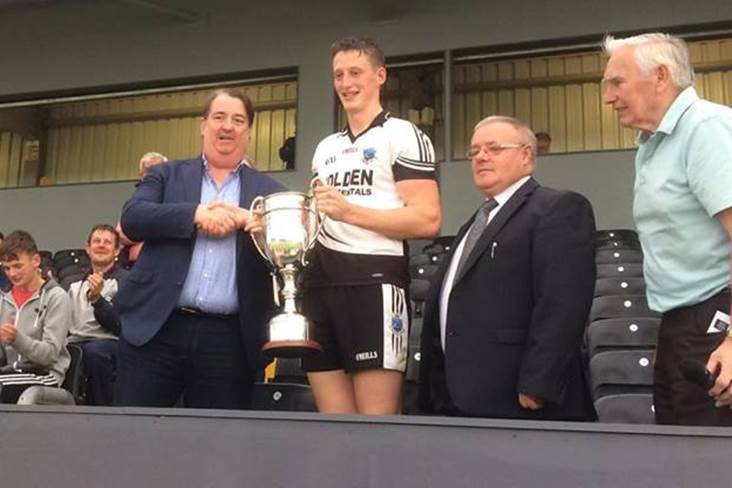 Mullinavat captain Tom Aylward is presented with the Kilkenny SFC trophy by Paul Kavanagh (JJ Kavanagh and Sons).
Pic via Mullinavat on Facebook.

'Vat laid the foundations for their victory in the first half when two goals in the space of a minute from full forward Jamie Fennelly helped them to a comfortable 2-6 to 0-1 interval lead. But the holders had reduced the deficit to just three points, 2-4 to 2-7, within 10 minutes of the restart thanks to majors from substitute Colin Philips and Caleb Roche.

However, the south county outfit replied with points from Ian Duggan and Kilkenny U21 hurling panellist and substitute John Walsh before the latter sealed their victory with a third goal 10 minutes from time.

Railyard's preparations for the final weren't helped by the fact that they qualified for the final without kicking a ball after James Stephens gave them a walkover in the semi-final.