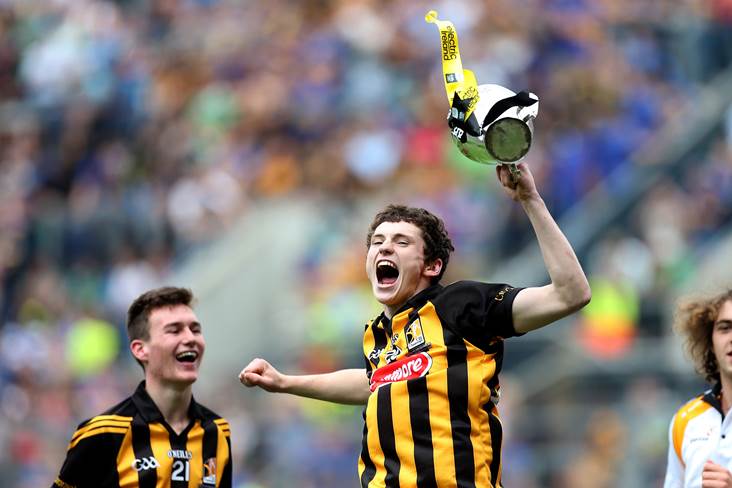 This was a repeat of last year's decider, which the Noresiders won by 3-14 to 2-14, but there were real concerns that tonight's game might not be as close due to the fact that the visitors only managed to scramble a team together at the eleventh hour. And so it proved...

Paul Holden netted the winners' goal close to the end, with the game already well over as a meaningful contest, as Kilkenny claimed their 17th provincial title in this grade.

The Cats completely dominated the first half to lead by 0-15 to 1-1 at the break, with Shane Murphy notching the losers' goal in the 21st minute.

Captain Darragh Brennan and Edmond Delaney slotted the winners' first two points and Anthony McCormack's side powered on with a Robbie Donnelly brace and points from Martin Power and Cormac Fleming before the Model County goaled from a sideline cut to close within two, 0-6 to 1-1.

But nine unanswered points before the short whistle had the holders in complete command at the break, with Holden (2), Donnelly (4) and Sean Carey raising flags as they eased towards the silverware.

The hosts stroked over the first three points of the second half and led by 15 points after 48 minutes, with a trio of Jack Hobbs scores just about keeping the scoreboard ticking over at the other end, 0-23 to 1-5.

Holden's 53rd-mintue three-pointer merely added a bit of cosmetics to the scoreboard as it was already clear that the Black & Amber were on their way to provincial success.