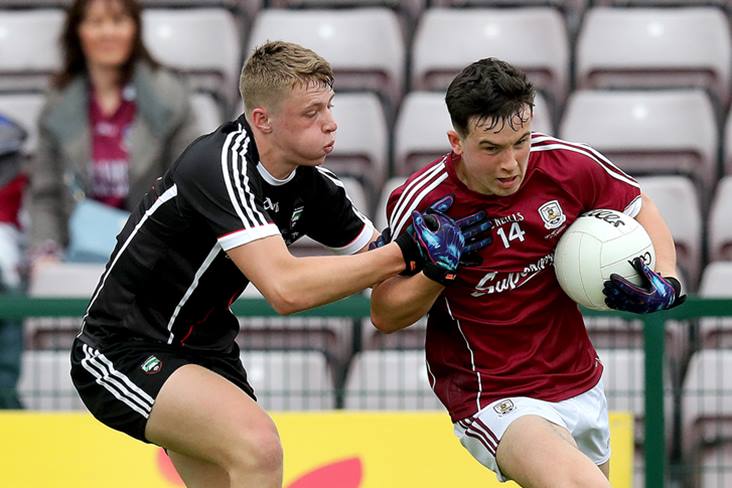 Connacht final day has got off to a good start for Galway as the Tribesmen captured their third MFC title in-a-row.

Stephen Joyce's team recorded a 3-11 to 0-10 victory over Sligo in today's curtain-raiser at Pearse Stadium.

Conor Campbell's 17th minute goal sent the hosts on the road to victory and substitute Daniel Kenny and Padraic Costello wrapped up the victory with second-half goals.

The team in maroon and white enjoyed a 1-6 to 0-6 advantage at the break and went on to outscore the Yeats County by 2-5 to 0-4 on the restart, despite losing the services of Conor Newell to a red card midway through the second period.

Darragh Silke top scored for the winners with 0-4 (3 frees) while Conall Ryan and Red Og Murphy hit three points each for the losing outfit.