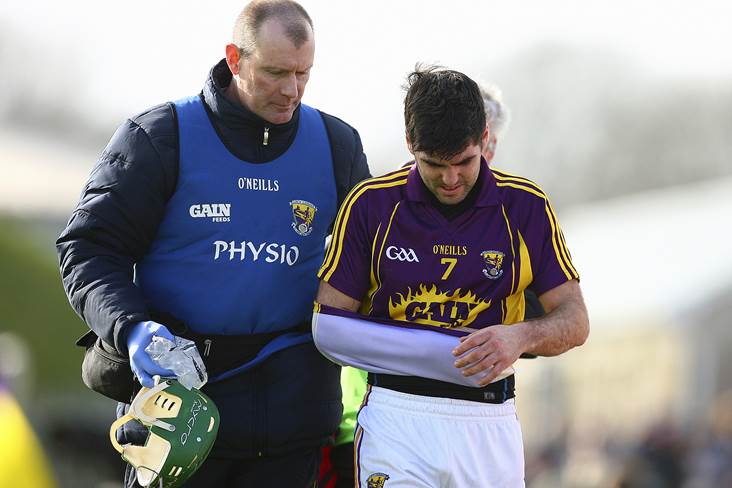 Shaun Murphy will miss Wexford's opening round of the Leinster senior hurling championship on May 27th.

The Oulart the Ballagh man suffered a broken bone in his chest whilst on club duty in their first round championship defeat to St Martin's and has been ruled out for the Model men's provincial quarter-final on Saturday fortnight.

Murphy has fitted into a new sweeper's role brilliantly under Davy Fitzgerald this season and while he will miss his side's championship opener, the young defender is expected to return to action inside the next four weeks.

The Wexford panel jetted off to Portugal on Monday last in preparation for the summer's championship.