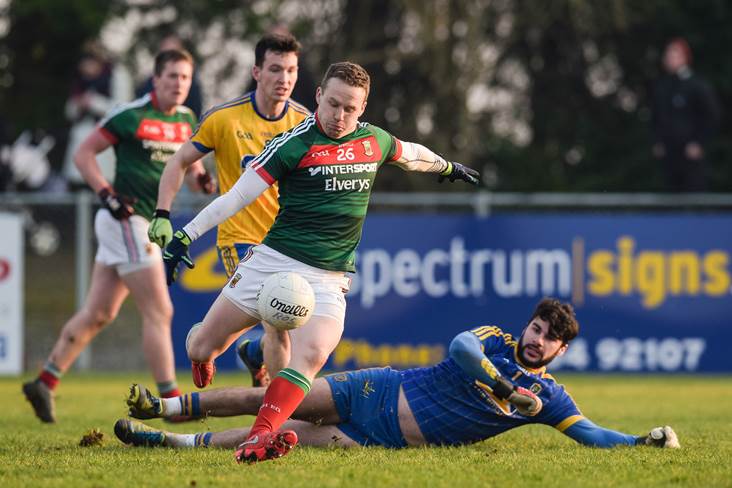 Andy Moran scored two stoppage-time goals to give Mayo an unlikely 4-11 to 2-16 victory over Roscommon in Kiltoom.

Mayo's most capped player of all-time came off the bench in the 67th minute and proved to be the match-winner after two Enda Smith goals had looked like giving the home side the win. Despite the defeat, Roscommon go through to next weekend's FBD League final against Galway on scoring difference.

Smith and Liam Irwin both found the net in the first half which ended with Mayo holding a slender 1-9 to 1-8 lead. Smith grabbed his second goal six minutes after the restart as the Rossies surged into an eight-point lead with seven unanswered points, but Mayo finished with a flourish. In today's other third round tie at Tourlestrane, Sligo held on for a 2-13 to 0-16 victory over Leitrim.

The Yeats County appeared to be home and hosed when goals from Niall Murphy and Mark Breheny gave them a 2-12 to 0-6 interval lead, but Leitrim battled back in the second half with Keith Beirne and Emlyn Mulligan leading their scoring charge.