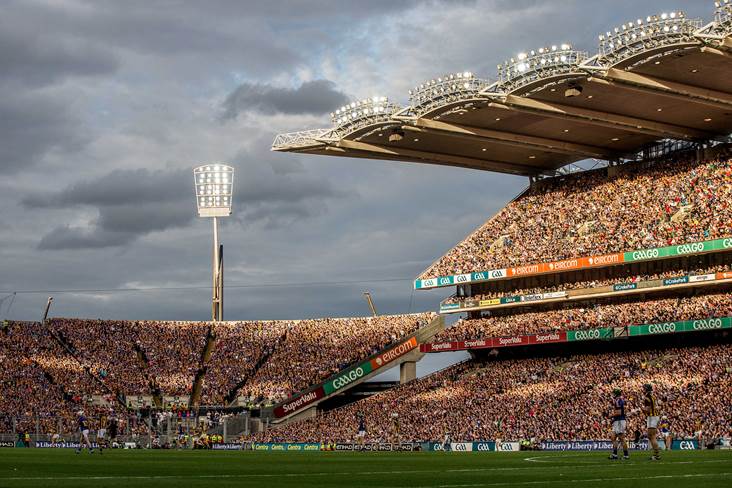 A general view of Croke Park during the 2014 All-Ireland final between Kilkenny and Tipperary.
©INPHO/James Crombie.

Etihad Airways have pulled the plug on their All-Ireland hurling championship sponsorship deal with the GAA, the Irish Daily Star reports.

The Abu Dhabi-headquartered airline will also no longer be sponsoring the Croke Park Skyline tour or the association's 'World Games' competition.

A statement from Etihad printed in today's Star newspaper read: "We are incredibly proud to have supported the GAA for over nine years and have been honoured to see our name associated with events such as the All-Ireland Hurling Championship and the World Games, alongside the tourist attraction of the Skyline at Croke Park.

"The airline has a tradition of engaging with communities and through many different sponsorships and GAA, we have been able to connect with people and the country on both a national and local level."