'There was a well-orchestrated media campaign to blacken Keegan's name' 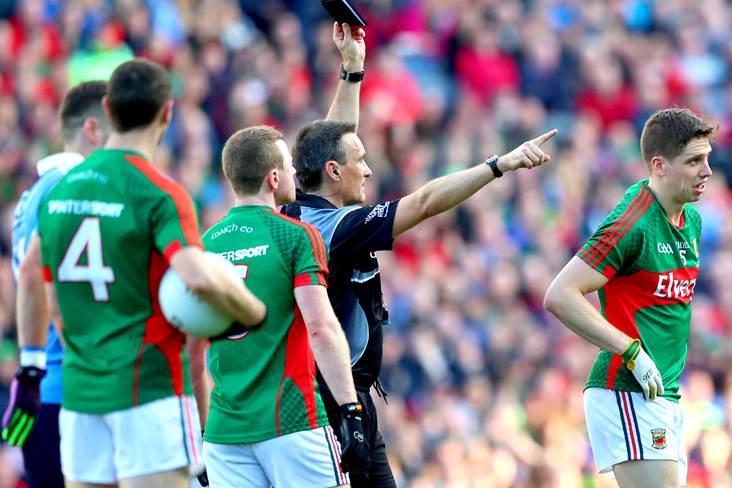 A prominent member of the Mayo county board has claimed the black card Lee Keegan received in the county's All-Ireland SFC final replay loss to Dublin was the result of a "well-orchestrated media campaign".

Mayo PRO Paul Cunnane's assertion comes in the same week that referee Maurice Deegan admitted that he should have dismissed Dublin's John Small in the early stages of the replay, but was satisfied that he made the right decision when issuing Footballer of the Year Keegan with a black card for taking down Diarmuid Connolly.

"There was a well-orchestrated media campaign to blacken Lee Keegan's name and I would be disappointed that many outlets chose to take the bait," Cunnane wrote in his report to yesterday's county convention.

"Lee Keegan has just won his fourth All Star as well as being named GAA/GPA Footballer of the Year. This recognition was due to his excellent displays throughout the National League and championship. He is one of the finest footballers the county has ever produced. To see him depicted in this way before the biggest game of his career was very unjust.

"Ultimately, this campaign worked as Lee was black carded wrongly before half-time in the replay."