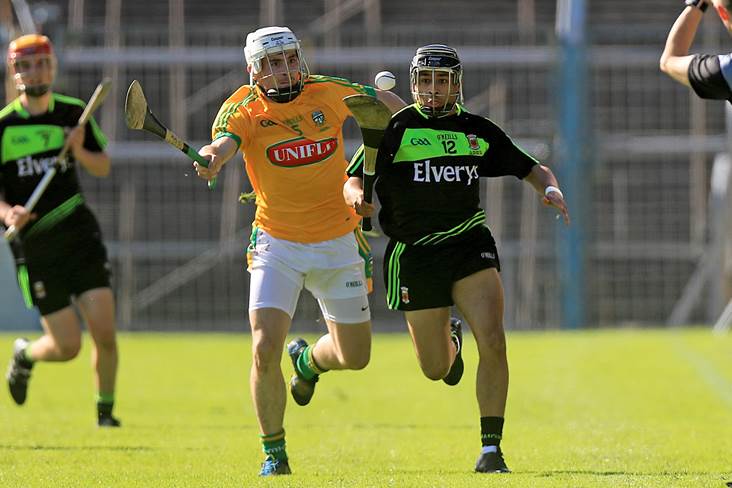 Meath are All-Ireland U21 B hurling champions after seeing off a stiff challenge from Mayo in this afternoon's final at Semple Stadium.

In a game which the winners never trailed in, Stefan Kelly's first minute goal provided them with the perfect platform for victory as points from 'Man of the Match' Gavin McGowan (0-6) and captain Jack Regan (0-5) kept the scoreboard ticking over for them throughout the hour.

Mayo chased the game for long periods, drawing level right after half-time and again with 10 minutes to go, as their chief score-getter Fergal Boland (0-9) kept them in contention right until the closing stages.

Meath - beaten finalists by Wicklow this time last year - were perhaps most impressive in those final minutes as they saw out a deserved triumph which will have them joining the county's senior hurlers in top tier competition next year.

The Leinster men enjoyed a dream start to this decider with their centre-forward Kelly rushing through and firing home a splendid goal to the Westerners' net.

James Gallagher had Mayo up and running after four minutes but their opponents were very much in authority in the opening stages, as McGowan sent over a brace of points over the ensuing two minutes to bump his side's lead up to four. Boland and Zak O'Toole kept the Connacht men's scores ticking over and the former outweighed Kelly at the other with two more which left it at 1-4 to 0-5 after 20 minutes.

Meath found their rhythm again though after that, as McGowan sailed over his third and fourth points and Eamon O Donnacha added another for good measure to put it at double scores.

Back came Mayo - donned in their black away strip - with Boland crashing over his fourth and further scores from Corey Scahill, sub Darragh Gallagher and Sam Forde to ensure they finished out the half strong, leaving the minimum (1-7 to 0-9) between the sides when they went in at the interval.

Boland drew the game level within a minute of the resumption but the Leinster lads continued to find McGowan inside and he repaid his team mates in full, cracking over back-to-back scores before Luke Martyn made it a three-point game again.

Mayo came into a 10-minute purple patch which saw them erase Regan's frees, with three from the deadly accurate Boland and a fantastic leveller by Jason Coyne to make it 1-12 to 0-15 right on 50 minutes.

With the game in the balance, last year's beaten finalists never panicked and restored their advantage through skipper Regan and went two up when Sean McGrath was fed through in time and space pull the trigger and have the umpire reaching for his white flag.

Mayo couldn't come up with accurate responses on this occasion and it afforded their opponent to break away, sending Ryan Moore through for a slick over before Kelly insured the win a minute shy of the hour mark.