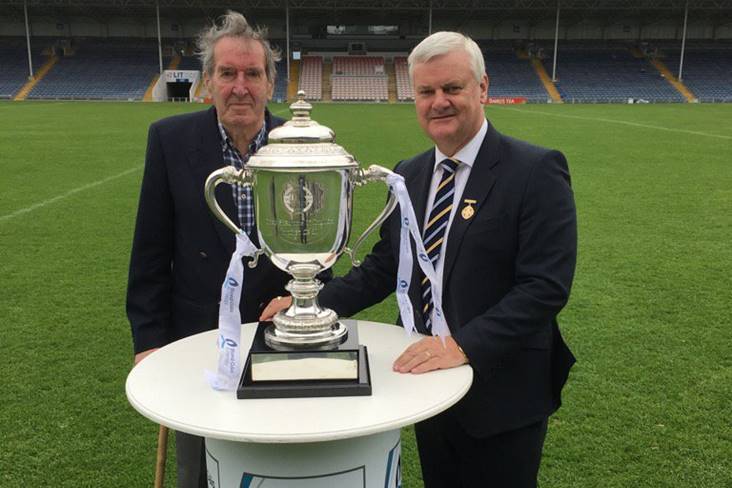 This Saturday a new trophy will be presented to the winning All-Ireland U21 hurling captain.

At the unveiling, current GAA President Aogan Farrell expressed his delight at the new cup: "I am particularly delighted to be here today also to unveil our new cup for this competition, which will be known as the 'James Nowlan Cup' in commemoration of James Nowlan, who was the GAA President in the year of the 1916 Rising and was our Honorary Life President.

"James Nowlan spent his life championing all that is good about Ireland - be it our language, our native games, or our people. He was the GAA's longest-serving President and a man worthy of the honour of having his name attached to such a prestigious trophy."

The old trophy, the Cross of Cashel, was retired after last year's final having been introduced in 1967. The Cross of Cashel